Guys, I released a new update to NSPack, a big one!

Updated to v0.2, Many things changed!

Hi everyone! Ready to build some custom NSPs or NCAs?
NSPack is a simple GUI tool to build NSP packages and NCA contents, using an embedded hacPack executable.

This GUI is 100% legal as it just uses hacPack. 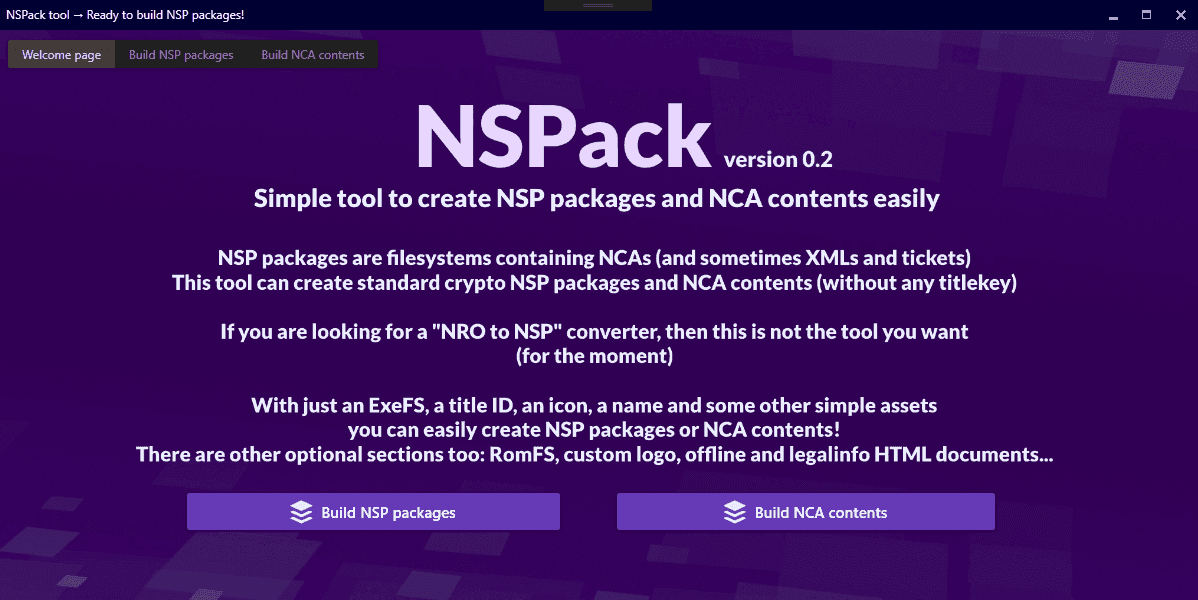 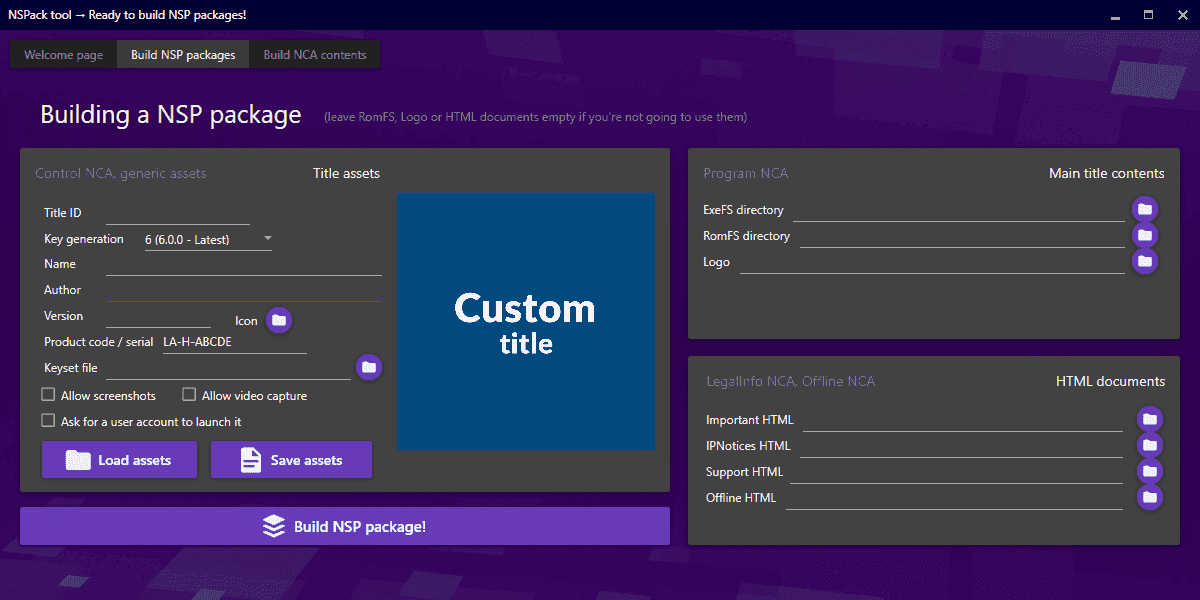 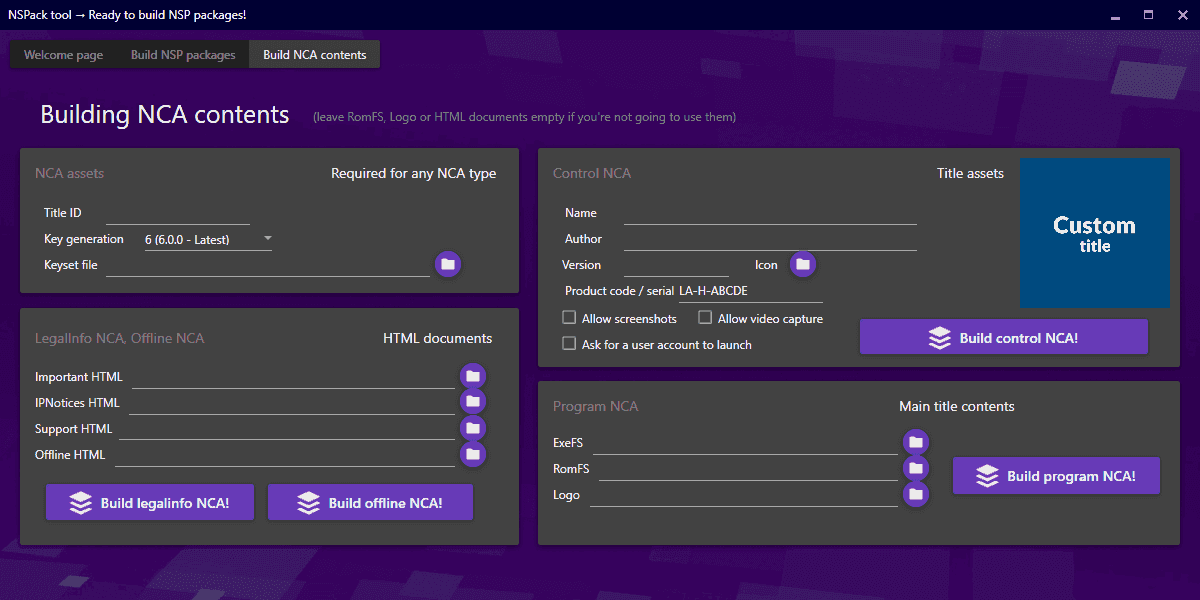 There are some basic elements you need to provide at least to be able to make a NSP:

Appart from those, there are some other optional features to add or customize:

You can also save the assets as a asset file (*.nsxml format) if you are going to use that as a template for making NSPs.

This is still a beta version, as much other stuff is planned:

Enjoy making your own NSP packages or NCA contents!