It probably already exists in some way for PS4, but I mainly found this useful for myself so I decided to implement it.

Thanks to sleirsgoevy’s firmware escape the homebrew is firmware-agnostic and works on both HEN and Mira.

IPI does have a disadvantage compared to Debug Settings. Because we’re uploading our PKG files now to the HDD instead of having it stored on a USB, the HDD requires 2x the space.

This is fine for small PKG installations, but if your PKG is very large, check with your system if you have enough space on the HDD x 2. 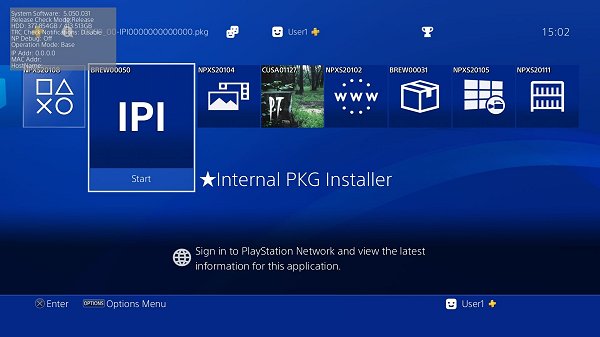